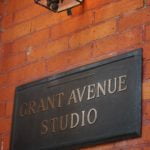 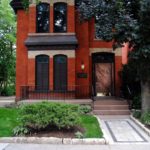 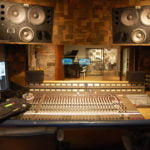 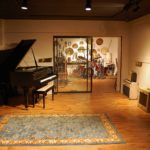 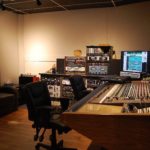 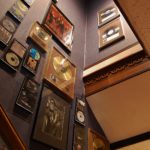 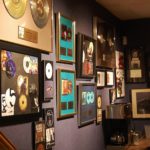 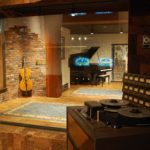 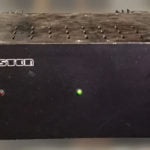 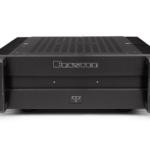 Founded in 1976 by the Lanois brothers (including Grammy award winner Daniel Lanois) and Bob Doidge, Grant Avenue Studio is a recording and mixing facility based in Hamilton, Ontario, Canada that also provides mastering and tape transfer services. The hallowed rooms within the stately converted early 1900's Edwardian home on Grant Avenue have seen numerous recording legends such as Gordon Lightfoot, Bruce Cockburn, Ian Thomas, U2, Johnny Cash, Los Lobos and countless others. Bob Doidge became sole owner of the studio in 1985 and touts Hamilton as a cultural gem just Southwest of Toronto on the shores of Lake Ontario.

Grant Avenue’s Bryston Amplifiers
Suspended over the mixing console in Grant Avenue’s main room is a pair of JBL 4350 studio reference monitors, a 4-way loudspeaker capable of tremendous detail and output levels. Powering the main monitors is a pair of Bryston 4B amplifiers, including the 41st 4B ever produced by Bryston. IMAGE AMP HERE Built and installed in the late 1970s, this 4B amplifier has been running nearly non-stop since it was manufactured 40 years ago, illustrating Bryston’s commitment to superior engineering and manufacturing quality. Grant Avenue also utilizes three of the model 2B amps—one powering nearfield monitors while the other two 2Bs power the studio’s extensive headphone queues that can effortlessly drive ten or more headphones simultaneously. In the 40-plus years that Grant Avenue has been home to so many iconic artists and sessions, their stable of Bryston electronics, running nearly nonstop, has required one repair. “For a recording studio, an amplifier has to deliver outstanding performance and be inherently reliable,” said Principal Bob Doidge. “Back when we bought the first 4B in the late 70s, our research indicated that these amplifiers would give us the purity of sound that we wanted for our studio. After four decades with Bryston, I can’t imagine anything better.”

The Other Gear
Grant Avenue has amassed a collection of state of the art gear throughout the studio, such as an MCI-500C console featuring all API preamps and a 7’-4” Yamaha concert grand piano with superb tone. Grant Avenue also uses IZ Technology’s renowned RADAR multi-track recording platform that Doidge says gives him the feel and sonic performance of an analog user interface along with exceptional sound quality and smooth operation. “Radar really gives me the sound of 2-inch tape and their hardware/software package, tied to a dedicated PC, is the most reliable digital platform I have encountered.”

The Bryston 4B Pro Amplifier Today
The first Bryston 4B amplifier made its debut at the Chicago Consumer Electronics Show in the summer of 1976. In 1977, audio critic reviewer Peter Aczel raved about the performance of the 4B and sales of the amplifier took off. Today, the Bryston 4B³ (Cubed Series) is known as one of the bestselling high-performance audio amplifiers of all time. Throughout the decades, the 4B has undergone several design revisions, as Bryston engineers are always striving to bring distortion to imperceptibly low levels. The newest Cubed Series is a design platform that is ideal for professional audio applications, featuring a patented super-linear, low noise input buffer and a more robust RF and audio frequency noise filtering circuit to prevent unwanted anomalies on the power line from interfering even minutely with the audio signal. The Bryston 4B³ also features an elegantly redesigned milled aluminum front panel. The multi-award-winning Bryston 4B³ Pro available today is backed by Bryston’s now legendary 20 year warranty, and the amplifier is proudly sold in over 150 dealers in North America and 60 countries worldwide.